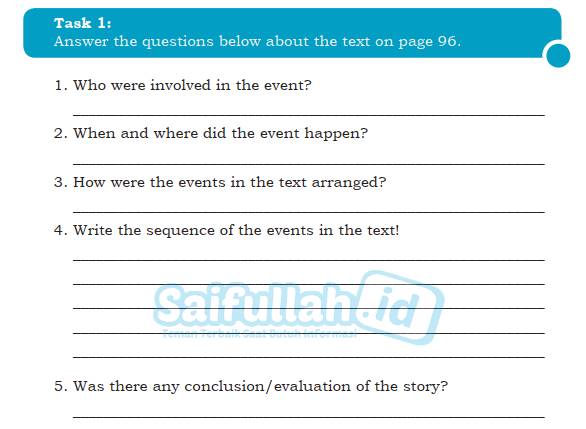 Very often you need to tell other people about something that has happened in your life. You may have to tell about what you did yesterday. Speaking or writing about past event is called a recount. Recounts are told orientation, a series of events, and reorientation

Task 1:
Answer the questions below about the text on page 96