Speech at the opening of the Bandung Conference, April 18, 1955. This twentieth century has been a period of terrific dynamism. 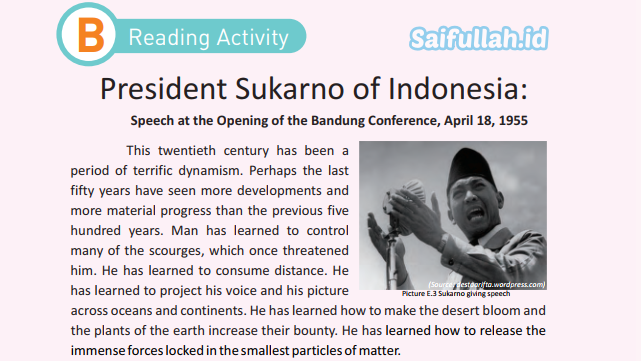 Speech at the opening of the Bandung Conference, April 18, 1955.

This twentieth century has been a period of terrific dynamism. Perhaps the last fifty years have seen more developments and more material progress than the previous five hundred years. Man has learned to control many of the scourges, which one threatened him. he has learned to consume distance. He has learned to project his voice and his picture across oceans and continents. he has learned how to make the dessert bloom and the plants of the earth increase the bounty. he has learned how to release the immense forces locked in the smallest particles of matters.
But has man's political skill marched hand-in-hand with his technical and scientific skill? The answer is no! The political skill of man has been far outstripped by technical skill. The result of this is fear. And man gasps for safety and morality.
Perhaps now more than at any other moment in the history of the world, society, government and statesmanship needs to be based upon the highest code of morality and ethics. And in political terms, what is the highest code of morality? It is the subordination of everything to the well being of mankind. But today we are faced with a situation where the well being of mankind is not always the primary consideration. Many who are in places of high power think, rather, of controlling the world.
Yes, we are living in the world of fear. The life of man today is corroded and made bitter by fear. Fear future, fear of hydrogen bomb, fear of ideologies. Perhaps this fear is greater danger than the danger itself, because it is fear, which drives men to act foolishly, to act thoughtless, to act dangerously.
All of us, I am certain, are united by more important things than those, which superficially divide us. We are united, for instance, by a common detestation of colonialism in whatever form it appears. We are united by a common detestation of racialism. And we are united by a common determination preserve and stabilize peace in the world.
We are often told, "Colonialism is dead." Let us not be deceived or even soothed by that. I say to you, colonialism is not yet dead. How can we say it is dead, so long as vast areas of Asia and Africa are unfree.
And, I beg of you do not think of colonialism only in the classic form, which we of Indonesia, and our brothers in different parts of Asia and Africa, knew. Colonialism has also its modern dress, in the form of economic control, intellectual control, and actual physical control by a small but alien community within a nation. It is a skillful and determined enemy, and it appears in many guises. It does not give up its loot easily. Wherever, whenever and however it appears, colonialism is an evil thing, and one which must be eradicated from the earth . . . . .
Source:
(Excerpt taken from Africa-Asia Speaks from Bandung, (Djakarta Indonesia Ministry of Foreign Affairs, 1955, 19-29) 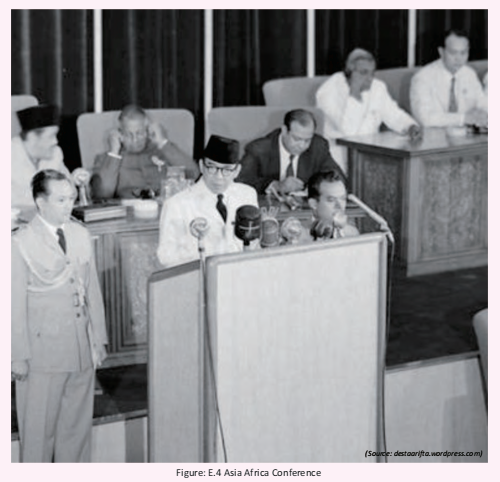 Cookie Consent
We serve cookies on this site to analyze traffic, remember your preferences, and optimize your experience.
More Details
Oops!
It seems there is something wrong with your internet connection. Please connect to the internet and start browsing again.
AdBlock Detected!
English: We have detected that you are using adblocking plugin in your browser. The revenue we earn by the advertisements is used to manage this website, we request you to whitelist our website in your adblocking plugin.